If you haven’t heard about the anti-work movement yet, you likely will soon. Here’s a primer: It is indeed (albeit loosely organized) a movement, coalesced on a discussion thread on Reddit, Anti-work: Unemployment for all, not just the rich!. 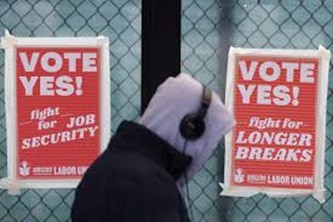 The movement’s founder, Doreen Ford, describes anti-work as a radical leftist movement; its philosophical foundation is undermining capitalism, which it defines as an inhumane system.

The anti-work discussion is garnering increasing attention—the number of global subscribers to the Reddit thread grew from 180,000 in October 2020 to 1.4 million today (a 279% increase).

But while conflating pressure on employers brought by workers who want flexibility, better wages, and improved working conditions and are willing to organize to achieve these things with the anti-work movement is common, it’s important to note they are not one-in-the-same.

It’s a reasonable assumption that most of the workers who joined the picket lines this past fall did so because they wanted freedom of choice in working arrangements, fair pay, and better benefits. They weren’t/aren’t anti-work—they want to work—they’re simply opposed to a relationship with their employers that they believe to be inequitable.

The repercussions of “Striketober”

October 2021 seemed to be a tipping point—dubbed by the media as “Striketober.”  We saw U.S. manufacturing workers, academics, healthcare workers, service workers, teachers, steelworkers, etc. walking off the job or preparing to do so. Even Hollywood and Broadway weren’t immune—an overwhelming majority (90%) of the 60,000 members of International Alliance of Theatrical Stage Employees (IATSE) voted in favor of a national strike (which was ultimately averted) in October.

Striketober wasn’t isolated or passing—it was a hint of what was on the horizon for some employers such as Amazon and Starbucks, for example.

Starbucks employees have voted to unionize in 28 stores in the past two weeks, bringing the current total of unionized Starbucks stores to 50 and employees at an additional 250 locations have filed for union elections.

Why unions and why now?

The unionization of some of the 9,000 corporate-owned Starbucks stores in the U.S. is especially puzzling to many who see the company as a beacon in the service industry—offering generous benefits such as health care and tuition assistance for part-timers. Starbucks baristas will soon make on average almost $17 an hour and beginning this summer, those who work more than 20 hours per week will have access to health care plans, and the company will cover full tuition for a college degree at Arizona State University’s online program.

But probably the most powerful drivers of union activity are the combined and lingering effects of the pandemic, which heightened pressure on frontline service workers, in particular those deemed essential workers, who were showing up for work not knowing who else would show up, facing supply shortages (including PPE), not being able to fulfill customer expectations through no fault of their own, and having to deal with the blowback from discourteous patrons.

Starbucks employees who have been interviewed about why they voted to unionize cited other drivers:

“There was an increased pay rate when we were essential workers, and then after all the stores started being required to open up again, they took that pay rate down. But we're still in the pandemic, nothing changed. So, things like that, and just generally not feeling appreciated.”

“We didn’t feel valued. Ultimately, it's about having a voice at the table. And I think that's what really brought this on was people saying, you know, we can do something about this, we have power when we stand together.”

“I've worked so many service jobs, but this is the hardest by far. There's so much going on, we're working our butts off and, our quality of life—we're barely just making it. So, we're fighting not only to improve the lives of baristas, but hopefully the service industry. And we deserve to have a say in our workplace just like everybody does.”

What Starbucks workers say they want:

Other factors to consider and seek to understand:

As an employee told the Washington Post: “We’ve watched just horrible things happen for our entire life. We’re realizing that we do have a say and a voice, and we can make people listen to us.”

Are industries other than retail experiencing pro-union activity?

In short, yes. Take the travel industry, for example, which is likely to have a rough summer. Airlines that continue to suffer from staffing shortages, which drive delays, flight cancellations, unhappy customers, and increased pressures on employees are especially in the line of fire. Delta flight attendants are the last remaining non-union group flying among major airlines and interest in unionization is growing, partly as a result of policies that don't protect workers from understaffing. Delta flight attendants have launched an aggressive union drive that if successful would organize 22,000 workers under the AFA-CWA. While they narrowly lost a union election in 2010, we are clearly in different times. "We're seeing a  culture shift toward unions as a result," said a spokesperson from the group, perfectunion.us.

What do people want?

Social intelligence and trust are key to creating workplaces in which employees feel heard, seen, valued, and respected. This starts with employee listening and taking swift and visible action on what can and should reasonably be addressed.

In the case of union organization by Amazon employees working in a warehouse on Staten Island, the drive reportedly began with employee concern that they didn’t have adequate personal protective equipment (PPE), ability to social distance while at work, and sufficient break time to use the restroom or get a drink of water. Those who supported unionization sported t-shirts bearing the words: Vote yes—longer breaks, job security, and higher wages. 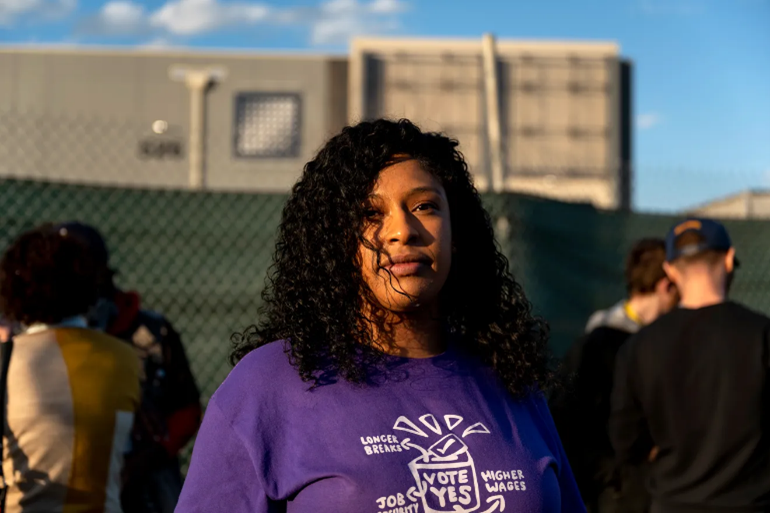 These aren’t unreasonable expectations, especially because the pandemic demonstrated that there is room for the same degree of concern about the well-being of employees as there is about profitability and the interests of stakeholders, even in the most challenging of circumstances.

What not to do

Leaders or organizations that portray workers who push for improved pay, benefits, and a degree of self-rule as villains is the antithesis of promoting a healthy, collaborative culture. In some cases, this reaction is unfortunately (and very transparently) the tact of those who are consciously or unconsciously eager to avoid change or relinquish any degree of control.

As COVID recedes, some hourly workers are simply unwilling to accept the terms of jobs they may have taken on pre-pandemic. This includes poor working conditions, low pay, rigid schedules, arbitrary requirements to be on-site when the commute is costly in terms of money and time, expectations (implicit or explicit) that they are always available, even on their days off, etc.

Labor unionization has been on the decline in the U.S. for many decades, so the question is: will that downward trend reverse? Will unionization activity at Amazon and Starbucks spread to other organizations? Will there be a true unionization renaissance? It’s far too soon to tell. But what is clear is that there are plenty of actions organizations can take now to listen and respond to workers that may help avoid unionization rumblings in the future.

Lorrie Lykins, Managing Editor, VP of Research
Lorrie is i4cp's Vice President of Research. A thought leader, speaker, and researcher on the topic of gender equity, Lorrie has decades of experience in human capital research. Lorrie’s work has been featured in the New York Times, the Wall Street Journal, and other renowned publications.