When Kate Zimberg joined F5 Networks in March 2019, she entered an organization that had seen its share of recent change at the executive level. 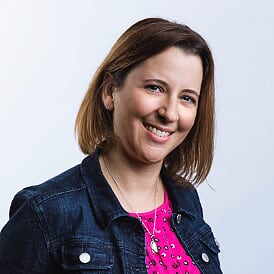 Over a roughly two-year span, for example, the Seattle-based application services provider had welcomed a new CHRO, a new chief executive officer, and multiple other new members of the C-suite.

With a number of new faces in the C-suite, the time seemed right to assess F5’s approach to succession planning, says Zimberg, the company’s vice president of employee experience and enablement.

F5’s succession management strategy had long been “fairly traditional,” she says. For instance, high-potential employees were classified as being ready for leadership positions now, ready in one-to-two-years, ready in three-to-five years, and so on. While the intent has been to groom these individuals accordingly, specific plans were not formally captured or intentionally aligned against what is most needed in the role for the future.

The process had its limitations, however; particularly the rigid timeframes in which high potentials were expected to move into those jobs and the lack of focus on the future needs of the role.

“Realistically, people do not develop in annual increments as cleanly as implied by the traditional approach,” says Zimberg. “And, by the time a person is ready for a particular position, the job has significantly changed anyway.”

The conversations that Zimberg had with the executive team led to not only eliminating such timelines, but to the adoption of a new progression plan template to replace former succession management practices.

“Progression planning is an evolved approach we’re taking to identify successors for executive roles and, importantly, to clearly define how we will progress each potential successor along the path of readiness,” says Zimberg.

Progression planning represents a significant change from F5’s more traditional approach, she says. For example, specific capabilities are identified that differentiate each role being planned, with an eye on future needs.

For starters, labels such as “ready in one-to-two years” or “ready in three-to-five years” are a thing of the past.

“Instead, we list potential successors on a scale with those to the far left ready to step into the role today, and those needing more development and experience further to the right, resulting in a relative view of readiness,” says Zimberg.

Progression plans at F5 also focus on a set of differentiated experiences that are what Zimberg describes as “non-traditional development opportunities that have been pivotal to people in these roles.” For example, meaningful participation in investor calls would be an important experience for a would-be CFO.  At the executive level, the progression plans have strong leadership capability – in alignment with F5’s leadership principles – as table stakes. What differentiates those who appear on the plans and their development plans are these differentiated experiences.

Leaders are also asked to identify development opportunities for each identified successor that link directly to the list of such focused experiences.

The goal, says Zimberg, is to ensure a strong connection between the needs of the role and the potential successor’s development.

“At its core, this approach is much more about how we move people along to be ready for executive roles. There’s much more of a focus on what the key capabilities are that really differentiate someone.”

Getting Personal About the COVID-19 Vaccination: How Leaders Make a Difference