According to a Glassdoor study, 77% of adults would evaluate a company’s culture before applying to an open position; 56% rank an organization’s company culture as more important than compensation. Finding the right culture fit is high on any job candidate’s criteria.

Anyone who has worked at different companies knows that culture differs dramatically from organization to organization, and the broad attributes of culture are often easy to spot. So are the deficiencies. Most CEOs I talk with have an idea of what culture attribute they want more of in their company. “I’d like us to be better at execution . . .” or, “I wish we were more innovative . . .” or, “we need to be more inclusive . . .” are common refrains. As companies evolve, often the culture drifts away from attributes that have been successful in the past, which sometimes causes deficiencies in important core traits.

There are many different culture types; our research team settled on 10 as the most common. The percentages in the table below represent what companies self-labeled as their culture type in a study we conducted a little while ago. While there certainly are more than 10 culture types, the 10 my team selected are a good starting point to identify your organization’s current culture and what type of culture you may want in the future. Keep in mind most companies have multiple types (these aren’t mutually exclusive), but almost no company exhibits all types.

I took a stab at providing companies as examples of each type…are there any you’d disagree with or list a different company?

With clarity of what the desired new culture will (and will not) be, when renovating culture, it’s important to define the new behaviors that all leaders—from senior executives to middle managers to front-line managers—will need to exhibit (as well as avoid) to support the culture. These behaviors will likely differ depending on the type of culture desired.

Employees typically don’t just do what’s written in a PowerPoint or emblazoned on a wall. Instead, they emulate leader’s actions. Therefore, it’s critical that the behaviors are clearly and constantly communicated, modeled, and embodied by the CEO and senior team. It’s also important to measure and reward the desired behaviors among the organization’s leaders; at the very least, the behaviors should be components of the company’s performance management process.

As your organization settles on the culture traits you want to reinforce and initiate, make sure you spend invest time in defining and developing the leadership behaviors that will make those traits a reality. 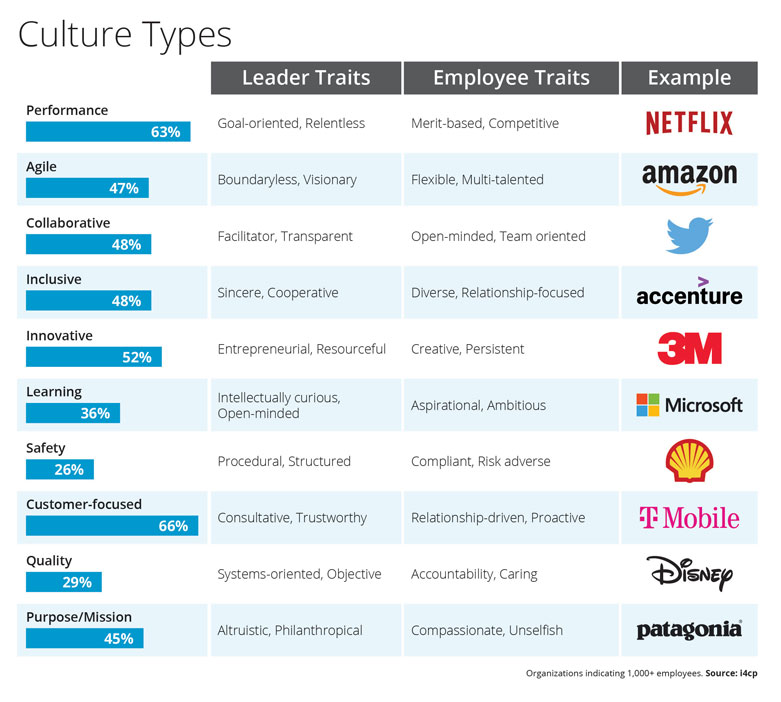 This article was originally published on CultureRenovation.com. Visit the website for additional resources, solutions, and information about the bestselling book.
Knowledge Centers
Recent Articles

How Accenture Uses Virtual Reality to Onboard Employees and More

Things to Know About Ramadan: Answers to the Questions You're Afraid to Ask